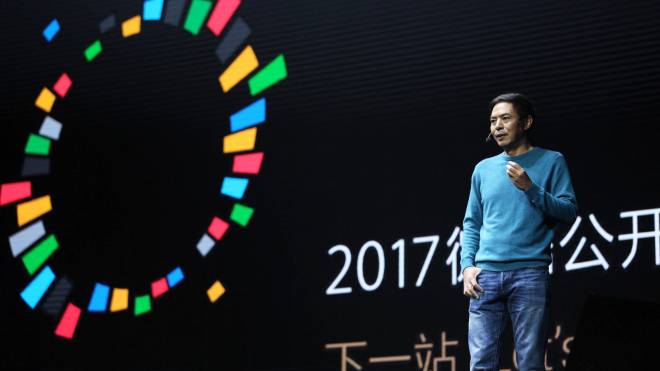 In March this year, Tencent’s flagship mobile application, WeChat, has reached one billion user accounts. The application which stands out due to its versatility as well as its flexibility continues its search for innovation.

WeChat is a social phenomenon !

“The strategy for WeChat is that they’re trying to embed themselves into your lives so that you can’t leave WeChat,” says Matthew Brennan, Co-founder of WeChat consulting firm China Channel. The app is basically an “operating system for your life in China,” he adds. Indeed, it is quite hard to a great number of people to stop using this application as it connects them to their friends, family and the rest of China.

The app is basically an “operating system for your life in China,”

This is where mini programs come in :

WeChat mini-programs are “sub-applications” inside WeChat system. Since their creation in 2016, they’ve made available numerous functionalities such as web-based business (e-commerce), task and coupon management.

JD.com (the second biggest B2C online business in China) has built up an internet business mini-program that allow users to access the wide range of products offered by online retailers. In addition, the direct access to the WeChat wallet make it easy for users to purchase products and improve the overall experience.

For instance, if you are at a bus station, you might see its QR code. But if you’re not waiting for a bus, it won’t appear. A good mini program can give users updates about incoming buses.

In Tencent’s final quarter budgetary strategy for 2016, the organization showed a clear interest in developing and expanding mini-programs. As stated: “broaden and deepen services in low-frequency use cases, connect more offline services to online users, and provide more venues for users to sample functionalities offered by apps”. (see more)

Eventually, WeChat seems to be willing to replace the current systems used by Apple and Google: iOS and Android. Indeed, with Google play blocked in China, there is a niche to be compensated, that Tencent wants to fill by offering a very accessible store (one of the most accessible in fact).

In addition, Apple may see the traffic on their app store decrease with the success of the mini programs. This would be unfavorable for Apple as China is an important market for the company’s growth.

That being said, Tencent could be an important actor of an eventual “post-app” era which could transform the way consumers consume.  And the giants of the industry, Google, Apple, Facebook, Amazon (GAFA) be ahead of the pack. At stake could be a dominance of the industry valued at about $102 billion by 2020.

Interested in technology? Discover how WeChat is integrating AR into the platform to build an innovative user experience!