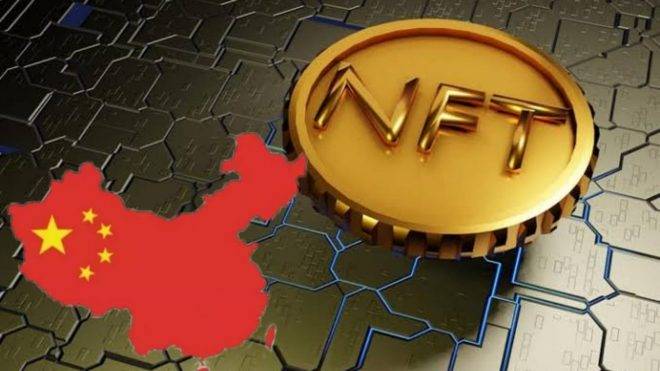 What does the latest news mean for NFT and metaverse in China? China is one of the countries that has publicly maintained its anti-crypto position, ordering a statewide ban on all crypto-related transactions earlier this year and threatening defaulters with fines.

Not only that, but officials in the country have begun a crackdown on crypto mining activities, citing the detrimental environmental impact as one of the reasons why such activities will no longer be tolerated in the country.

However, despite a difficult year at the hands of China’s anti-crypto government and the Chinese central bank’s request that these be monitored, the country’s IT giants are optimistic about launching metaverse and non-fungible tokens (NFT) businesses.

Companies in the Metaverse Race

The majority of the businesses that registered for trademark registrations belong to the tech sector. This includes well-known brands such as Huawei and Hisense. The former filed a trademark application for “Meta OS”. At the same time, the latter filed many trademark applications in fields such as social services, advertising, and science.

Tencent, the gaming and Internet giant, has also gotten in on the act, filing nearly a hundred metaverse-related trademark applications, including “QQ Metaverse,” “QQ Music Metaverse,” and “Kings Metaverse.” Also, Epic Games, an American gaming company in which Tencent owns a 40% share, is moving forward with its own metaverse plans, maybe with Tencent’s help.

Alibaba has launched a new company called Yuanjing Shengsheng, with USD 1.58 million in funding. “Sources familiar with the topic” indicated that the new business will focus on metaverse, but did not go further.

Baidu is not staying behind with its own metaverse launched last week and called Xirang, “Land of Hope” in Chinese, accessible through a virtual reality app. The biggest search engine in China cools down the expectations. Its representative said that “it could take up to six years for a full launch”.

Meanwhile, the e-commerce giant, JD.com has already issued its first NFTs and they’ve received a positive response. The fintech published five series of the JOY Dog character-themed tokens on its Lingxi platform with minimal fanfare.

RTFKT, a creator of digital goods such as virtual shoes and NFTs, was recently acquired by the international brand, Nike.

In less than four months, a gaming brand has increased its total worth to $2 billion by joining the metaverse and NFT race. Also, NFTCN, a company that was founded in claims to have worked with over 1,000 Chinese artists and handled over 10 million RMB in NFT transactions. Similarly, many more tech giants and multinational companies are joining the Metaverse & NFT squad.

What Does This Mean for Chinese NFT and Metaverse Enthusiasts?

China has unquestionably established itself as a centre of technology innovation and progress. China’s inhabitants mostly lead the pack in terms of technological adoption.

This is especially true in the emerging NFT field. Google trends data shows that the country is one of the top three countries in the world for “NFT” searches.

According to Grayscale data, Chinese officials implying space surveillance simply means that residents of both countries may have limited access to the $1 trillion space potential. A total crackdown on the sector isn’t completely off the table.

We’ve seen brands experimenting with NFT-like offerings like e.g. Burberry sold NFT deers together with a limited edition scarf during the 11/11 shopping festival. It was also a part of Tmall’s Metaverse Art Exhibition. Drops of limited editions created by luxury brands very often spark enthusiasm from Chinese consumers especially when the concept combines an innovative approach. Despite that the usability of the tokens is quite low, the items sell out quickly and are in high demand.

We believe that metaverse and NFT will only grow further in China despite the challenges and different factors and environments. Given the fact that all the Chinese Internet giants – BAT (Baidu, Alibaba, Tencent) are already launching their own metaverses and strong adoption of online payments (with virtual yuan rolling out by the banks). These are strong indicators of the potential of the online reality.

If you require further support with setting up your account please contact our team. We use our knowledge and expertise to help businesses build meaningful partnerships and develop their network among Chinese customers. For additional information, please contact us by phone – Shanghai or Hong Kong.