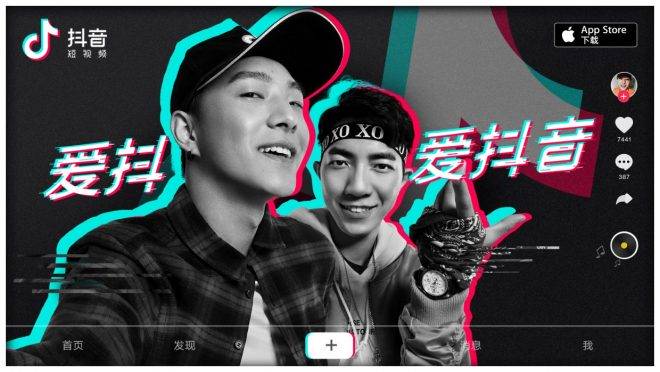 Douyin has a massive influence among Chinese people, both young and adults alike, and a lot of brands have started to make appearances on the platform as well. It only makes sense to take a closer look on how they are leveraging a social media app for their promotion.

Douyin (internationally popular as TikTok) is a social app for short videos, generally around 15 seconds. It became very hot and popular during the rap competition “The rap of China”, which also promoted this application at the same time. This app has been launched on Android’s major app stores and iTunes App store as well.

🔥 How Douyin is Different From Tik Tok >>> Learn more here!

Users can create short videos based on background audio which can be an audio recording, soundbite from movies or any internet trends. It also provides some effective beautifying features, color filters and animations to add amusement to the video. As the video duration is very short, it reduces the performance time, making it easier to create a video and interact with a video as well. Short-videos quickly gained popularity in China since it doesn’t take a lot of time to watch and it increases the interest in the content by focusing on the main point.

Things to Consider When Promoting On Douyin

With a large number of new generation users on Douyin, people are the main focus of consumption now and for coming years. This is the reason why a lot of major brands are so interested in this app. From the user’s perspective, Douyin represents youth, innovation, rebellion and uniqueness. While the innovation part should be on products, it can also be on the way the video is being shot.

One of the biggest types of videos on Douyin are challenges. A lot of people and brands bring a challenge video on Douyin to engage with users and promote their brand as well. The challenge should be easy to realize in order to attract more users to imitate. Also, it should be short but surprising as well, so in that way people will spend time watching each challenger’s performance and even replicate it.

Like challenges, there are other popular trends on Douyin that people participate in. Even If people don’t get the instant idea to start their own challenge or trend, they can participate in existing trends. At the end of the day, it’s all about engagement.

The best time to post your video is on weekends, the morning, during lunchtime or midnight. This way you get the best results since these are high engagement times to look out for. Videos that are uploaded at other low engagement times, especially with no special creative idea, might not get a lot of views or reactions from other people.

Key Opinion Leaders are essentially bloggers, influencers or web celebrities. When these people release a new video, it is more likely to be on Douyin’s main page, thus catching more eyeballs.