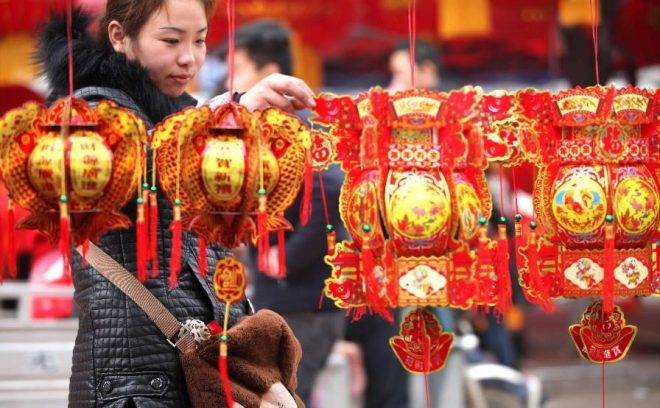 China is not just the world’s most populous country, but it also has the most internet users. And with about one billion online shoppers, the country has the world’s largest and fastest-growing e-commerce market.

The Chinese e-commerce business has evolved significantly over the years, revolutionizing the traditional system for both customers and sellers. Needless to say, the e-commerce market exploded in 2020 as a result of COVID-19, particularly in China, causing an increasing number of firms to want to start selling online.

And one of the market’s driving forces is the China shopping festivals, which is a massive retail event where firms slash prices in honor of Chinese culture, history, and plain old consumerism. Therefore, all international firms looking to grow their sales in 2021 and beyond should learn about China’s biggest and most important e-commerce festivals.

Here at the top 5 e-commerce festivals in China:

Golden Week, which commemorates the founding of the People’s Republic of China in 1949, begins on October 1st with National Day and lasts until October 7th. It is China’s longest public holiday, and it generates huge business for international brands.

The total sales for overseas brands on Tmall increased by about 80% last year and several international cross-border e-commerce platforms also reported a significant rise in sales. Luxury brands in particular perform well during this time, with several companies reporting a 60% boost in sales in 2020.

The Double 11 shopping festival, also known as Singles Day, is the king of all global retail events. During the festival periods in November 2020, Alibaba and JD earned $155 billion in sales.

With more than 250,000 brands and 800 million consumers participating, last year’s sales were recorded as more than RMB 372.3 billion (US$56 billion).

Alibaba introduced the 12.12 or Double 12 Shopping Festival on November 12th in 2010 for customers who were still looking for good deals after Singles Day. The Double 12 shopping festival is one of the largest in the South Asian online buying marketplace and it is that time of year when careful planning and organisation can pay off handsomely for a seller.

Due to rising customer interest, the event resulted in a 4-5 fold increase in online traffic, 60% unique visitors, and a 2 second average order rate. Last year, 18,000 orders were placed in a single day, with an average spend of 125 SGD per customer.

The Spring Festival, also known as Nian Huo, commemorates the Chinese Lunar New Year, which falls in the month of Jan-Feb

Since Chinese New Year is such a popular festival, discounts are available across a variety of platforms, though market giants like Alibaba and JD tend to attract significant crowds. This famous holiday brought in more than $155 million in retail sales in 2019, and sales of imported goods climbed by 2.3 percent year over year in 2020.

International Women’s Day, observed on March 8th, has become a lucrative shopping festival in China for female-oriented brands in China.

According to the Chinese Research Centre for E-commerce, 70% of Chinese women prefer to shop online rather than offline. As a result, this is an important e-commerce festival to participate in. Last year, Tmall’s “Own Yourself, Love Yourself” campaign aided female empowerment, garnering more than 600 million hashtag views on Weibo and 2.12 million comments.

Online shopping is an accepted part of life in China. Everything from fresh produce and seafood to appliances and automobiles are being purchased online.

Due to the high demand in the market, e-commerce platforms work hard to encourage online shoppers, resulting in China’s numerous shopping festivals. If you want to increase your brands e-commerce sales, you need to be aware of the major e-shopping festivals and plan your marketing strategy accordingly. This is why selling on Chinese e-commerce platforms is the most efficient way to increase sales among the Chinese audience.