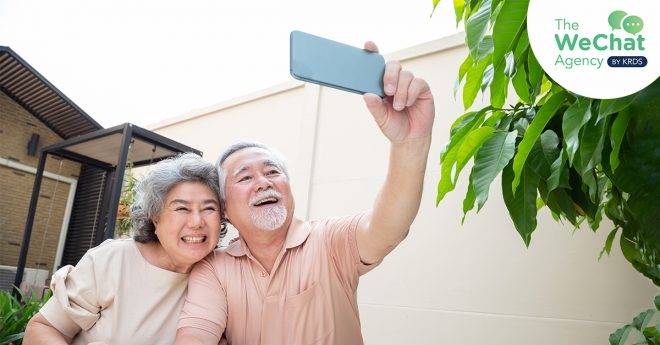 The results of China’s most recent census confirmed what many observers had predicted for a long time: the country’s population was expanding slower and getting senior than ever before.

The “silver generation” is China’s fastest-growing demographic, with senior people accounting for one-third of the country’s purchasing, a fact that merchants and retailers should be aware of. With growing spending power, more leisure time and longer life expectancy, Chinese seniors are becoming a consumer group to reckon with. Given their growing will to live their ‘golden years’ to the fullest and taking into consideration how nuanced this huge cohort is, brands can create and communicate their products and services properly.

China’s population of people over 60 years old surpassed 254 million in 2019, accounting for 18.1% of the total population. No other country in the world faces such a significant demographic change. According to the National Bureau of Statistics, China’s ageing population will reach 330 million by 2030, accounting for 25.5% of the overall population.

Globally silver generation is undergoing its own changes and is connected more than ever, particularly in China, where, according to Quest Mobile 2020, the number of internet active users aged 50 and up will surpass 100 million by May 2020.

Silver-Haired Consumers and Their Demography

The term “silver-haired group” refers to China’s senior population, which ranges in age from 60 to 69 years old. Thanks to improving living standards, healthcare and relatively early retirement age, China’s older generation in their 60s and 70s is generally healthy, self-sufficient and have a lot of spare time.

According to research, these so-called ‘’active seniors’ of which China has around 150 million are mostly found in first-tier cities. Shanghai has the greatest proportion of people over the age of 60 in its population (30%). In Beijing, Tianjin, Chongqing, and Guangzhou it stands at around 20%

When compared to peers who live in rural areas, those who live primarily in major urban centres have better salaries and spending power. Pensions are the primary source of income for the elderly in cities. Self-employment income is the primary source of income in rural areas. With their own savings and the support of their children, elders in China are enjoying considerable financial freedom for the first time in history.

Seniors are becoming more willing to accept technology and the tools it provides. This explains why the number of senior users has increased from 54 million in 2018 to 100 million by 2020.

Prior to the epidemic, physical stores still played a significant role in the older consumer sector. However, since the onset of COVID-19, this pattern has shifted dramatically, with more older consumers joining online buying force.

They mostly utilise mobile devices to access the internet, more than 40% use Taobao and Alipay to make purchases. Apart from daily basics like food and health supplies, the silver-haired generation seeks goods and services ranging from apparel to home appliances, travel, insurance, and financial services. They spend 1,000 RMB every month on average.

They are not only emerging as a major consumer force, but also as new fashion and beauty influencers. A well-known example is Sang Xiuzhu, the 76 years old Chinese social media sensation with videos of glamour in the golden years.

She became a member of the Fashion Grandmas two years ago, whose one-minute clips and live streams showing them transforming Beijing’s streets into a catwalk watched by millions of people. They combine beauty with wise words on marriage, love, and life. All coming from a generation that is becoming increasingly important to China’s economy and online culture.

“Our young fans say they are not afraid of ageing after seeing grannies like us living fashionable and happy lives”.

Is There an Untapped Market Among Senior Generation for Brands?

Without a question, the COVID-19 epidemic has accelerated transformation that would have occurred anyway in the long run.

The Chinese senior population is increasing, which means that the silver economy’s potential are expanding as well. Brands should stop thinking of the elderly in China as grannies and grandpas with old-fashioned big-button phones. Start think of them as self-sufficient consumers with plenty of buying power who aren’t hesitant to embrace new technology.

This unexplored market presents a great chance for brands to establish a strong consumer base in China.

Many well-known brands have already begun to tap into this lucrative market. Xiaohongshu has developed a successful online lifestyle community for China’s youth and is now focused on the country’s elderly. Xiaohongshu’s application for Laohongshu (literally meaning Old Red Book) registration has finally been approved after months of waiting. The upgrade has attracted a lot of attention in the domestic media implying a cunning move toward the “silver-haired economy.

Alibaba, which started its “Taobao for Elders” program in early 2018, is another company targeting the generation’s tech spending potential. The senior-friendly version includes chat feature and a “pay for me” link that users may send to family and friends.

China’s baby boomers are not a direct substitute for the country’s millennial and generation Z consumers. Therefore initiatives to boost birth rates will be critical to fully exploiting the country’s domestic market.

However, a government must make the best use of all of its tools. China has an underdeveloped sector of its economy in its 200 million senior citizens waiting to be unleashed.

In the next few decades, China’s elderly population will exceed 500 million. They are the generation that is catching up on social media and becoming more visible, particularly on short-form video platforms.

Chinese elders are becoming a new market that enterprises. This is especially true as the population grows and more people enter the digital world.