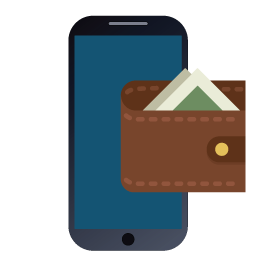 China has announced a new Digital ID system where the residents can link their National Identity Card to the popular messaging and social media app, WeChat, through facial recognition. The app currently has over 980 million monthly active users in China.

The new ID system has been introduced as a pilot programme in the Nansha district of Guangzhou. The program came into existence after the joint efforts of the Ministry of Public Security, Tencent’s WeChat team and various other banks and government departments.

This system opens up a whole new monetary portal for the tech giant Tencent as China’s ID cards are used for almost anything and everything. Residents use it for hotel check-ins, train bookings, bank account openings and the list goes on! If this pilot programme proves to be successful, Tencent might finally have what it takes to overtake its close rival Alibaba.

The limited or the light version can be obtained through facial recognition in the WeChat application and can be used for low-security functions like verifying identity for hotel bookings. But the upgraded or the full version must be obtained by visiting an offline terminal and scanning the physical ID card. This edition can be used for high security functions like registering a business.

With Tencent starting to become a huge part of the governmental functions, it would be interesting to see what the future holds for WeChat.